Gems of the Nile

Deal or No Deal GO All The Way

Deal or No Deal Double Action

Mystic Panther Treasures of The Wild

Deal or No Deal Golden Game

Deal or No Deal Lightning Spins

Deal or No Deal Perfect Play

Eye of Horus The Golden Tablet

Catch of The Day

Deal or No Deal Banker's Bonanza

Get The Gold Infinity Reels

Wish Upon a Cashpot

Bjorn to be Wild

The Bandit and the Baron

Way of The Tiger

Feather of the Nile

Book of The Fallen

Spirit of Egypt: Hold and Win

Lucky of the Irish Gold Spins

John Hunter and the Quest for Bermuda Riches

Jack O'Lantern vs The Headless Horseman

The Asp of Cleopatra

Max Dangerous and the Lost Relics

Wanted Dead or a Wild

Dragon King: legend of the seas

Legend of the Sword

Baboon to The Moon

Spirit of the River

The Purse Of The Mummy

Arthur and the Round Table

AOTG King of the Underworld

Invaders from the Planet Moolah

Riddle Of The Sphinx

What the Fox Megaways

Secrets of the Amazon

Slingo Deal or No Deal

Van Helsing's Book of the Undead

8 Golden Skulls of the Holly Roger

Elite of Evil: The First Quest

John Hunter and the Mayan Gods

A Tale of Elves

Heart of the Frontier

Legacy of the Tiger

Legacy of the Wild 2

Return of the Dead

The Good, The Bad & The Ugly

Clash of the Beasts

Valley of The Gods 2

Roll Up Roll Up

Rage of The Seas

The Tablet of Amun-Ra

Curse of the Werewolf Megaways 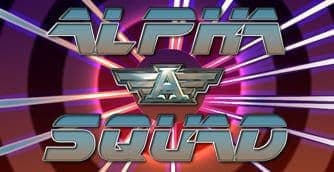 Pay Of The Dead

Ways of the Labyrinth

Elite of Evil Portal of Gold

Tomb of the King

Wizard of the Woods

Wish Upon a Jackpot Megaways

Aladdin and the Sorcerer

Jungle Jim and the Lost Sphinx

Wish Upon a Jackpot King

Wish Upon a Leprechaun Megaways

John Hunter and the Aztec Treas

Planet of the Apes

I Am The Law

Legacy of the Gods Megaways

Legend of The 5 Ninjas

Jack In A Pot 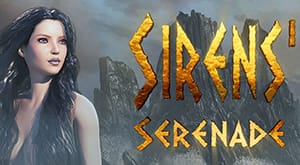 Snow Wild and the 7 features

Legend of the Pharaohs

Apollo God of The Sun

Wish Upon A Jackpot

Finn and the Swirly Spinn

Valley of the Gods

Legend of the Golden Monkey

Secret of the Stones

The Legend of Shangri-La

Jungle Spirit: Call of the Wild

Jack and the Beanstalk

Online slots are some of the most popular online casino games that you can find in any casino anywhere. There are numerous reasons as to why these games are as popular as they are, with the first and most important reason being the fact that these games tend to have a lot of bonus features, bonuses, minigames, great graphics, and so on.

Other than offering a number of special features, slots are continuously being innovated upon, which means that players can look forward to totally new features or a completely different way of playing the game every now and again! Other than these reasons, there’s also the fact that slots don’t require a lot of effort to play.

Moreover, there aren’t any real rules of playing slots to speak of. In fact, to play video slots at Britain Play, all you have to do is press a single button! However, there’s a few more things that you ought to know before diving into the world of slots. We’ll be going over everything you should know about these games in order to get you familiar with them!

Spin to Win: Everything That You Need to Know to Play Online Video Slots

To play online slots, you don’t really need to learn any particular rules. In fact, playing these games only requires you to press a single button—the spin button. This button spins the reels, causing the game to produce a random combination of symbols. You win depending on what symbols land and in which order.

Whilst different slots have different mechanics, the most basic way of winning on online slot machines is by landing a combination of at least 3 identical symbols. These combinations are determined by what are called “paylines”, which are invisible lines that pass through the slot. Only combinations that land on these paylines are considered for wins.

However, not all slots make use of paylines and some slots have completely different or even unique systems for calculating wins. In order to understand what needs to happen for you to receive a win, you should consult the game’s paytable. This is the section of the slot that contains all of the information about the slot’s mechanics, special features, symbols, etc.

The paytable also explains how the slot awards wins to players. Thus, reading the paytable is extremely important if you want to know what the slot offers when playing it, and even how much it pays out. Before you can go and play a slot of your choice, however, there’s still a few things you ought to know, which we’ll be going over in the coming sections.

What Are Wild Symbols?

These are arguably one of the most common special symbols you’ll encounter. Wild symbols will substitute for almost every other symbol on the reels, thus increasing the size of your combinations or giving you a combination if you’re one symbol short. Finally, wilds can also have special effects; for example, “sticky wilds” will stick to the reels for a number of spins.

What Are Scatter Symbols?

These are symbols that don’t need to land in any payline or combination in order to take effect; in other words, no matter where they land, these symbols can still do what they’re intended to do. Once scatters are triggered, they usually award a bonus to the player.

What Are Bonus Symbols?

Bonus symbols, as their name implies, also award the player with a form of bonus. However, unlike scatters, they generally need to form part of a winning combination in order to take effect.

Finally, multipliers are symbols or special features of a slot that multiply the win that they form a part of. They can multiply your win by 2, 3, 5, 10, and even beyond.

Is There Anything Else That You Should Know When Playing Slots?

There are final few things that you ought to know before going to play online video slots. These aren’t necessarily in-game mechanics but more to do with aspects of a slot’s function or its quality. However, in spite of that, they can prove quite useful when playing these games, which is why we’ll be explaining them to you.

Volatility is another quality of slot games that you don’t actually interact with, much like RTP. The volatility of a game is essentially its “risk factor”; in other words, how often the slot pays out and how much it pays out every time. Finally, volatility is measured on a spectrum, and slots can be anywhere from low to high volatility. Low volatility slots pay out frequently but generally in small amounts; on the other hand, high volatility slots rarely pay out but they have the potential of giving out a big win.

What Are Free Spins?

The final thing that you ought to know is what free spins are. These are actually a very common bonus that you’ll come across when playing online slots. Free spins are plays on slots that don’t cost players anything. However, despite not costing anything, players can still receive wins from these spins, making them great to have!